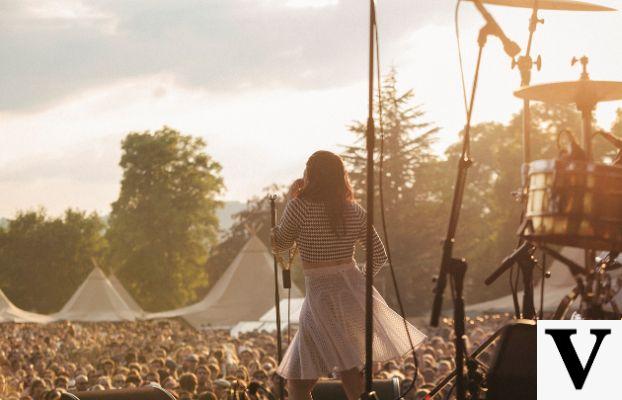 This three-day rock festival takes place annually on the vast expanse of lawn known as Domaine National de St. Cloud, just outside the city limits, attracting thousands of people, whether they're die-hard fans or summer aficionados. You can buy tickets for all three days or just one or two. Rock en Seine remains the most coveted summer music festival in Paris.

The Fête de la Musique is a lively street music festival held every June 21st in Paris and is one of the most popular events of the year in the city of light. Hundreds of musicians flock to the streets, bars and cafes of Paris, offering the crowds free performances of everything from jazz to rock, hip-hop to electronic music.

Launched in 2002, Paris Beach (or "Paris Plages" in French) is a free summer event that transforms several locations in Paris into full-fledged beaches, each with a different theme. Born from an idea by Paris mayor Bertrand Delanoe, known for launching ambitious municipal events, Paris Plage, which was initially criticized by some as expensive and frivolous, has become a fixture on the Parisian summer scene. From sunbathing on the sand to swimming in pools suspended in the Seine, kayaking or enjoying a free evening concert, Paris Plages offers activities for children and adults alike.

The Paris Quartier d'Eté Summer Arts Festival headlines the streets of Paris with performances (mostly free) of dance, music, theatre and circus from artists living and working all over the world. The 2017 Quartier d'Ete festival will take place between July 17 and August 5. Check back soon for details of the programme.

Held in the picturesque "Parc Floral" in the heart of the Bois de Vincennes forest east of Paris, the annual Paris Jazz Festival brings together notable jazz musicians from around the world for two weeks of daytime and evening performances. Spectators tend to enjoy picnics on the lush lawns overlooking the stage.


One way to get away from the urban hustle and bustle of central Paris and enjoy culture and the great outdoors is to visit the Jardin Shakespeare open-air theater in Paris' verdant Bois de Boulogne (Boulogne Wood). Every year, usually from May until late September or early October, the open-air theatre hosts a variety of theatrical, dance and musical performances. The program, usually consisting of Bard's own classics (sometimes in English) and French actors such as Molière, is always varied and usually includes at least one or two events, such as dance and music programs, suitable for children.

Every summer, Parisians transport the ultra-modern Parc de la Villette in northern Paris with blankets and folding chairs to take advantage of the celluloid in the breeze. The open-air cinema, or "cinéma en plein air," is generally free and features at least one show every night for about a month in July and August, with a lineup full of classic and recent hits. Many of the films are also shown in English.

Getting around Paris ❯