Pigalle: what to see

Who I am
Pau Monfort
@paumonfort
EXTERNAL REFERENCES: 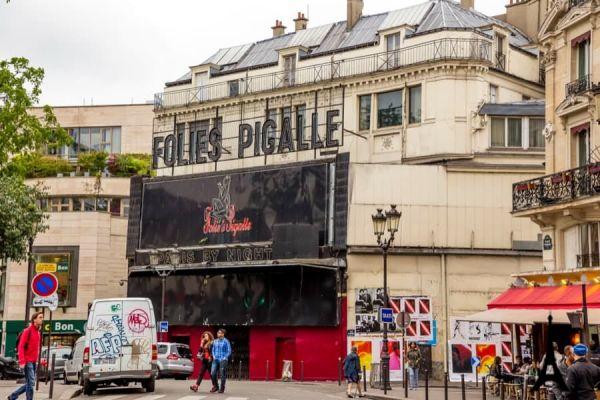 Pigalle is one of the most famous districts of Paris and is universally recognized as the Parisian island of excess, art and fun. Pigalle is home to one of the most famous city "monuments" in the world, the famous Moulin Rouge, a historic cabaret theater, popular right from the start for its undressed dancers and for the provocative and acrobatic can-can dance.

Pigalle's arguments: what to see:

Where is Pigalle located?

It is located in the northern part of the city, between the 9th and 18th arrondissements and borders on the following districts:

Why is it called that?

The name of the neighborhood is a tribute to the Parisian sculptor Jean-Baptist Pigalle, who lived between 1714 and 1785. His works are exhibited throughout Europe and Paris still retains his Comnte d'Harcourt burials at the church of Notre Dame de Paris.

The reputation of the neighborhood: still a red light district?


What to see in Pigalle

The attraction that no one wants to miss is the famous Moulin Rouge (see next paragraph), even if only for a souvenir photo of the exterior.

Having been the square of Paris' nightlife for centuries, in Pigalle you can visit very particular "monuments": very popular is the tour of the former attractions, such as the Grand Guignol Theater, now closed and re-evaluated by a company that stages shows in the sign language.

What to do in Pigalle

Divan du Monde, 75 Rue des Martyrs: this nineteenth-century theater has been converted into a trendy venue with live music in a unique and evocative setting.

Douai Street: less than a minute's walk from Place Pigalle, this popular street is parallel to the boulevard de Clichy. Music fans can find an assortment of musical instrument and equipment shops on this street, especially guitars and instruments for popular and street music.

Lulu White, 12 Rue Frochot: here you can take a dip in the bohemian past of the neighborhood, at this elegant venue specializing in absinthe cocktails.

Where to eat in Pigalle

The Quiet Man, 81 Rue des Martyrs, Paris, France: in a friendly and welcoming atmosphere, this delightful French restaurant offers homemade dishes at affordable prices. Great for couples, small groups, families and solo travelers, it's a Parisian place not to be missed.

Aloha Café, 32 rue Pierre Fontaine: a nice café with an atmosphere prepares coffee and hot drinks all day, accompanied by homemade cakes. It also has a selection of savory appetizers, one-of-a-kind dishes and a vegan lunch menu, all in a cool, tropical setting.

Is it a dangerous neighborhood?

Pigalle is one of the liveliest and wildest neighborhoods in Paris so, in the general panorama of a European capital, it can be considered one of the most "dangerous" neighborhoods, in the sense that:

the scams (in French “arnaque”) mainly affect tourists. The most popular are the ring scam, signature collection, fake tourist guides: stay away from unclear "business";

gambling and rigged cards: in Pigalle and in some other Parisian corners it is still possible to see the scammers at work who in a few seconds, with a cloth and a fruit box, set up a banquet for the game of 3 cards or the like;

pickpockets: in crowded places on the subway or in front of popular clubs, it is good to keep the money under your clothes, in internal pockets or safe purses;

single women: a woman, who is usually considered the greatest target of attackers and pickpockets, can take public transport and wander alone, even at night, in Pigalle as in the rest of the city.

What to see and do in Paris ❯

The Planted Walk in Parigi

The Porte Maillot area in Paris