Neighbourhoods and districts of Paris 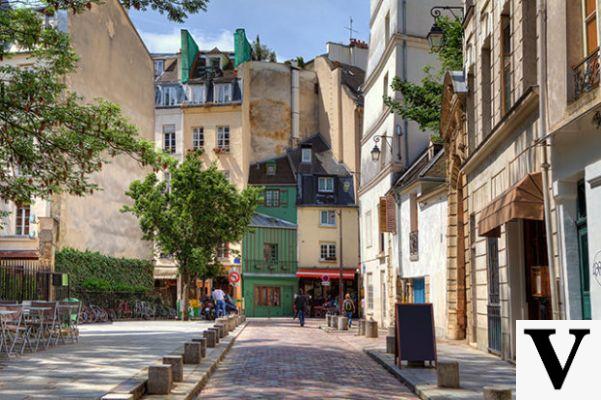 The different districts of Paris

The Île de la Cité is one of the most pleasant areas of Paris and here you will find some of the main points of interest of the city, such as the Notre Dame Cathedral, the Sainte Chapelle or the Conciergerie.

In addition to the historic buildings, on the Île de la Cité there are pleasant streets and squares to stroll around and extraordinary places like the flower market at Place Louis Lépine.

Much smaller and cozier than the nearby Île de la Cité, Île Saint-Louis exudes a tranquility unusual in Paris.

Although the island is primarily a residential area, small shops with sophisticated window displays and restaurants with varied French cuisine abound here.

After crossing the Place Saint Michel, where there is a huge fountain (with St. Michael fighting a dragon), we entered an intricate network of streets, which form the Latin Quarter.

The neighborhood is lined with restaurants and outdoor cafes, with affordable menus. Among the many streets of the neighborhood, one of the most famous is Rue Huchett.

Montmartre has two different souls. Near Place Pigalle, the neon lights of the sex shops and cabarets reign, including the famous Moulin Rouge, whose shows attract hundreds of tourists every night. After a steep climb of 197 steps, or by funicular, you reach the other soul of Montmartre: the most bohemian part, the Place du Tertre. It is one of the most pleasant areas of the district, both to dine in its bars and restaurants outdoors and to watch street artists at work.


The narrow streets of the neighborhood lead to the Sacré Coeur Basilica. Here you can see beautiful panoramic views of the city.

In the area there are hundreds of buildings and skyscrapers of the most important French and international companies.

La Défense looks different from the rest of Paris. Full of skyscrapers and large futuristic buildings, it presents a wide range of leisure and dining options in Quatre Temps, the largest shopping mall in Europe, built in 1980.

Today it is an interesting area for shopping, but it is also one of the best avenues for strolling in the city. The Champs Elysées is also a well known place for cycling lovers, being the destination of the Tour de France.

The Piazza della Concordia acquired its current appearance between 1836 and 1840, when the huge obelisk - from Luxor and more than 3,000 years old - donated by the viceroy of Egypt, was placed in the centre of the square.


The obelisk is framed by two monumental Roman-style fountains, with sculptures depicting men and sea animals.

Located in the historic center of Paris, the Marais district was once a simple marshy area. Over time it became one of the trendiest districts of Paris.

Place Vendôme features the classic nomenclature of French urbanism and is one of the most famous squares in Paris. Surrounded by imposing and sober buildings, it is home to prestigious shops such as the showrooms of Dior, Chanel and Cartier.

Crime and security in Paris

add a comment of Neighbourhoods and districts of Paris