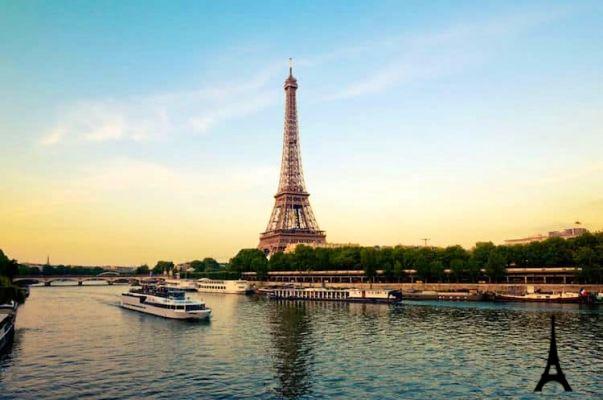 The updated situation as of July 21 of the monuments and attractions of Paris that are open and those that remain closed.

In Paris there are the Eiffel Tower, the Louvre, the Moulin Rouge and the artists' quarter: if until today you believed that in the Ville Lumiere there was just everything, the African temperatures that grip this summer have made it even more evident, which here the sea is missing. That's not a trivial matter, true, but ...

We are used to seeing snapshots of a sunny Paris with the Seine full of water reflections before our eyes; yet, despite the usual and adorable images, even in the Ville Lumiere it could rain. This should definitely not put us in a bad mood because Paris is a city that has a lot to offer, even when ...

What to do in Paris when it rains? Read everything "

The idea for this article was born following a "discussion" which took place a few months ago with my wife, when I proposed for the umpteenth time as a travel destination, Paris, bien sûr. Not that she doesn't like Paris, on the contrary, but in recent years I have worn her so often, that she was afraid we had already seen and done ...

1. Basilica of the Sacred Heart It is one of the must to visit in Paris. From the base alone, the view is exceptional, as it is located at the top of Montmartre's Butte (hill). But for a better view it is possible to climb the Dome at about 80 meters high, which, added to the hill, make it the ...

It is difficult to evoke all the seasons of the Seine, almost impossible to tell the story of the riverside, the bridges and the most beautiful street in the French capital. What I can say is romanticism that is clearly visible: fifteen kilometers of riverside connected by thirty-six bridges and flanked by a sequence of monuments that Unesco has included in its ...

The Seine and its Romanticism Read more »

Cruise on the Seine

What to see and do in Paris

When to go to Paris